Don’t assume you have the right Defendant. 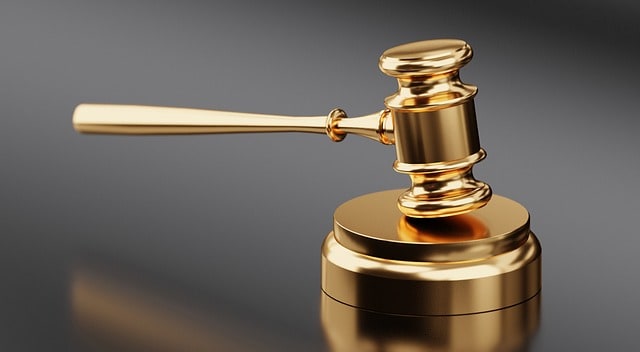 Coming to us right out of our own federal judicial circuit, the Sixth Circuit teaches some important practice tips in excessive force cases when the police conceal their identity. Directly at issue in Burley, et al v. Gagacki, et al, Nos. 14-2482/2542 (6th Cir., Aug. 22, 2016) was a question of whether or not the circuit would adopt a rule similar to one applicable in the other federal circuits related to unlawful arrest cases. That rule states when an injured citizen meets her burden of proof on the issue of unlawful arrest, the burden of production shifts to the police to produce evidence of probable cause. This rule, in effect, requires the officers to identify themselves and support their reasoning for arresting the injured citizen. The Sixth Circuit declined to apply the rule to excessive force cases, essentially signifying officers can intentionally conceal their identity, and it is up to the injured citizen to root out the true identity of their alleged perpetrator.

The facts of the case before the court were members of a multi-department drug task force in Detroit executed what sounds like a “no knock” warrant and busted into the home of a mother and daughter. Both women were “greeted” by armed officers dressed in all black and wearing masks. Mom, who had two previous knee replacements, told the officer pointing a gun at her that she needed to ease herself to the floor. Another officer appeared and knocked mom to the ground. The daughter, who had previous back surgery, was thrown against a wall and onto the ground. Two different officers put a foot in her back while she lay on the ground. After clearing the home, mom and daughter requested the names of the officers present. Before one of the officers could provide his name, another stopped him and instructed the officer to inform the two women they were with “Team 11.”

The two women filed a lawsuit alleging Constitutional violations against several individuals and departments for excessive force. Unfortunately, the women did not name the correct individual officers. Prior to filing the lawsuit, the women submitted an open records request which the county department did not respond to for over two years. After receiving the information and filing the lawsuit, discovery ensued. The individual defendants named by the women did not affirmatively assert their lack of involvement in the raid during the initial stages of discovery. It was only after depositions of the officers (taken after the statutes of limitations had expired) that the women discovered they had named the wrong officers. The case proceeded to trial where a jury rejected the case indicating the women had failed in their burden to identify the right officers. Declining to overturn the verdict, the court lamented “in so doing, we do not condone the behavior of those individuals who perpetrated the alleged excessive force. We are cognizant of the fact that at this juncture our decision leaves the plaintiffs without a remedy because all other defendants (state, county, and local) have been dismissed. However, at the second trial, the plaintiff had the opportunity to present evidence as to why they believed these federal defendants participated in the raid and committed excessive force.” They failed to do so.

In any case involving a claim of Constitutional violation by a state or federal officer, it is obviously imperative to correctly identify the individual officers who are alleged to have committed the violation. It is pretty clear now, in the Sixth Circuit, officers can conceal their identity without any recourse for the plaintiff. It is equally clear, aggressive and uncompromising tactics are necessary when officers intentionally conceal their identity. Practice tips to be taken from this opinion?

1) Pre-litigation open records requests should be sent early in the representation of the client. There are strict time limits for complying with these requests. Make sure the responding agency isn’t dragging its feet responding to the requests.
2) If criminal charges were brought against your client, get a copy of the file located in the clerk of courts office. Police and other official reports should contain the names and badge numbers of those involved.
3) When drafting the complaint clearly assert the name of the officer identified from the open records request or police report. In separate paragraphs clearly assert what conduct the officer engaged in (and against whom it was perpetrated), the address where the conduct occurred, and the date and time the conduct occurred. Defendants must admit or deny such allegations in their answer to the complaint. A denial of any of these paragraphs should prompt that the wrong officer may be named.
4) Employ effective discovery tactics. It’s not clear from the opinion what discovery techniques the lawyers representing the plaintiffs employed to identify the correct officers, but whatever they employed it is clear it wasn’t enough. It is absolutely necessary to craft effective and tailored interrogatories, requests for production, and definitely requests for admission, as allowed by the rules of civil procedure to clear up any confusion caused by any intentional concealment of identity.
5) In federal court, parties are required early in the litigation to make “initial disclosures” which require the party to identify person who may have “discoverable information” along with the subject of the information known. Check these to make sure the Defendant has adequately provided such information, which should include information concerning the names of any officers involved in the allegations made in the complaint.
6) If you accept representation of excessive force cases, and you are unsure of the identity of the individual officers, do not sit on the case. In Kentucky, you have one year from the date of the violation to file a lawsuit for state or constitutional torts. In Ohio, you have one year to file state claims alleging intentional conduct and two years to file constitutional violations. You must, generally, have the correct Defendant before the court prior to the expiration of the statute of limitations. If you do not, you will likely run into the same predicament of the plaintiffs in Burley.