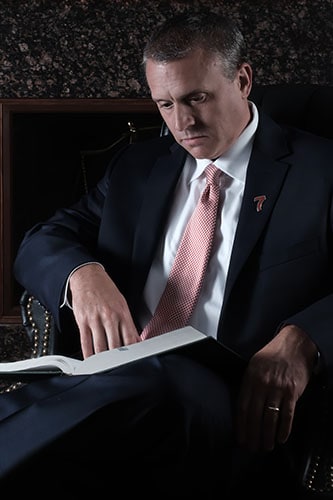 “Each time a man stands up for an ideal, or acts to improve the lot of others, or strikes out against injustice, he sends forth a tiny ripple of hope.”

I was born and raised in Lexington, Kentucky. It is hard to believe, but I have lived in the Cincinnati/Northern Kentucky area now for 21 years. I was 23 when I moved into the area, and in two short years I will have lived here as long as I lived in Central Kentucky. Cincinnati is now my home, but I will always be a Kentuckian at heart. I am a University of Kentucky sports fanatic, and I love the Cincinnati Reds. When I am not at work, I am spending time with my family and friends, exercising, and playing golf. Like any central Kentuckian, I enjoy going to Keeneland in the spring and fall for horse racing. I am often asked if “Kash” is a nickname. It is a family name, the maiden name of my paternal grandmother.

After graduating from the University of Kentucky with a degree in Finance, I moved to the Cincinnati/Northern Kentucky area to enroll in law school at Northern Kentucky University’s Salmon P. Chase College of Law. I initially thought I would use my business degree and focus on tax or business law. However, after graduating law school in 2002, and passing the Ohio and Kentucky bar exams, I began work with a civil litigation firm which concentrated on representing injured individuals. The work struck a nerve, and ever since I have dedicated my law practice to representing individuals. My civil practice consists of cases involving those injured in or by: car or truck wrecks; negligently maintained property; negligence occurring on construction/industrial worksites; wrongful conduct by the government; unlawful termination from employment; and illegal discrimination or harassment in the workplace. I also maintain a criminal defense practice, protecting the liberty of individuals against the vast resources of the government trying to take away that liberty.

Following my admission to the Kentucky and Ohio state bars, I applied for and was accepted into the federal bars for the Eastern and Western Districts of Kentucky, the Southern District of Ohio, and the Sixth Circuit Court of Appeals. In 2009, I joined some of my Chase College of Law Alumni on a trip to Washington, D.C. to be sworn into the bar for the United States Supreme Court. It was a once-in-a-life-time experience that I truly appreciate my law school for putting together. I maintain membership in several organizations dedicated to protecting your right to jury trial including the Kentucky Justice Association, the Ohio Association for Justice, and the American Association for Justice. We fight against the activities of big business and the insurance industry to limit an individual’s right to seek civil justice in our courts, and to shield those responsible for the harm they cause. I am a big believer in the right we all enjoy to have our cases and controversies decided by trial of a jury of our peers.

“In Suits at common law, where the value in controversy shall exceed twenty dollars, the right of trial by jury shall be preserved, and no fact tried by a jury, shall be otherwise re-examined in any Court of the United States, than according to the rules of the common law.”

“In all criminal prosecutions, the accused shall enjoy the right to a speedy and public trial, by an impartial jury of the State and district wherein the crime shall have been committed, which district shall have been previously ascertained by law, and to be informed of the nature and cause of the accusation; to be confronted with the witnesses against him; to have compulsory process for obtaining witnesses in his favor, and to have the Assistance of Counsel for his defence.”