Crossing the “Thin Blue Line.” Does a cop have a First Amendment right to tell the truth? 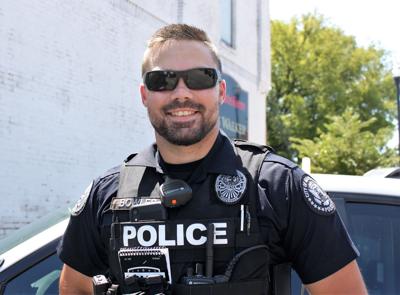 I swear it happens on occasion. Police officers tell the truth. Sometimes. Sometimes they don’t testify inaccurately that your client was swerving in and out of his lane of traffic. Sometimes they admit your client’s license plate light actually was illuminated. Sometimes, they actually go to bat for your client and tell the truth, even it means the government’s case falls apart or exposes it to civil liability. All joking aside, I appreciate all the hard work law enforcement does, and the risks they take, to keep us safe. And, there are real life consequences for police officers who buck the system.

Imagine a Detective is assigned to investigate a car collision that was caused by another police officer. And after the collision occurs the officer arrests the other driver and concocts a bogus charge that results in a criminal prosecution. And during the arrest the officer pummels, kicks, insults, and otherwise injures the other driver. The Detective discovers what really occurred and testifies on behalf of the defendant driver, and the driver is acquitted. The Detective then testifies at the civil trial filed by the driver against the police officer, and because of the Detective’s help the driver is able to secure civil justice against the police officer.

The detective has crossed the “thin blue line.” And as a result, the detective is shunned, subjected to gossip and defamation by his police colleagues, and treated as a pariah, castigated by his superiors, and by the prosecutor. The detective is then stripped of his duties to investigate criminal matters, and ultimately, terminated from employment.

Sound far-fetched? It happened to a Kansas law enforcement officer. And the Federal Court of Appeals for the 10th Circuit has recently said he can proceed in some of his claims against his employer for retaliating against him as a result of helping out an ordinary citizen that was harmed by the actions of other police officers. Police officers, in some instances, have a First Amendment right to tell the truth. I know what you are thinking. “In some instances?” It’s in some, but perhaps not all instances, that an officer can tell the truth and seek justice for First Amendment violations when the officer is retaliated against by his or her government employer.

Unfortunately, police officers don’t enjoy the same free speech rights as private citizens. The United States Supreme Courts tells us government employers have a significant interest in controlling both the words and actions of their employees. And the First Amendment right of government employees, like police officers, depends on a balancing between the interests of the employee commenting upon matters of public concern and the interests of the government in promoting the efficiency of the public services it performs through its employees. Before you ask, yes, there is a test courts apply. There’s always a test.

Government employees must prove five things to assert First Amendment retaliation claims: (1) the speech was not made pursuant to an employee’s official duties; (2) the speech was on a matter of public concern; (3) the government’s interests in promoting the efficiency of the public service are insufficient to outweigh the employee’s free speech interests; (4) the protected speech was a motivating factor in an adverse employment action; and (5) the government would not have reached the same employment decision absent the protected speech.

In the situation where an officer testifies truthfully on behalf of a citizen in a civil case against another officer, the testifying officer is protected by the First Amendment. What happens in the situation, however, where an officer testifies truthfully as part of his own criminal investigation or criminal prosecution? In other words, where the officer is simply discharging his duties as a police officer? It is unclear whether or not the officer has a First Amendment right to tell the truth, such that, the officer is protected from retaliatory conduct by the employing police department. No court has directly answered that question. All we have is guidance. The “critical question” is whether the testimony is itself ordinarily within the scope of the officer’s duties. It wouldn’t surprise me if the officer is not protected. It makes little sense though. If an officer is not protected, one can see where an officer would be incentivized to lie to protect his or her job. A rule that creates such a situation is a bad rule. There are, however, other potential avenues of protection for the officer. There are federal and state laws that protect witnesses from intimidation or threat from testifying truthfully. Nevertheless, it is unfortunate to think the First Amendment’s right to free speech might not protect a public official whose job it is to testify in court to further criminal prosecutions.