What Happens When A Cop Fabricates Evidence? 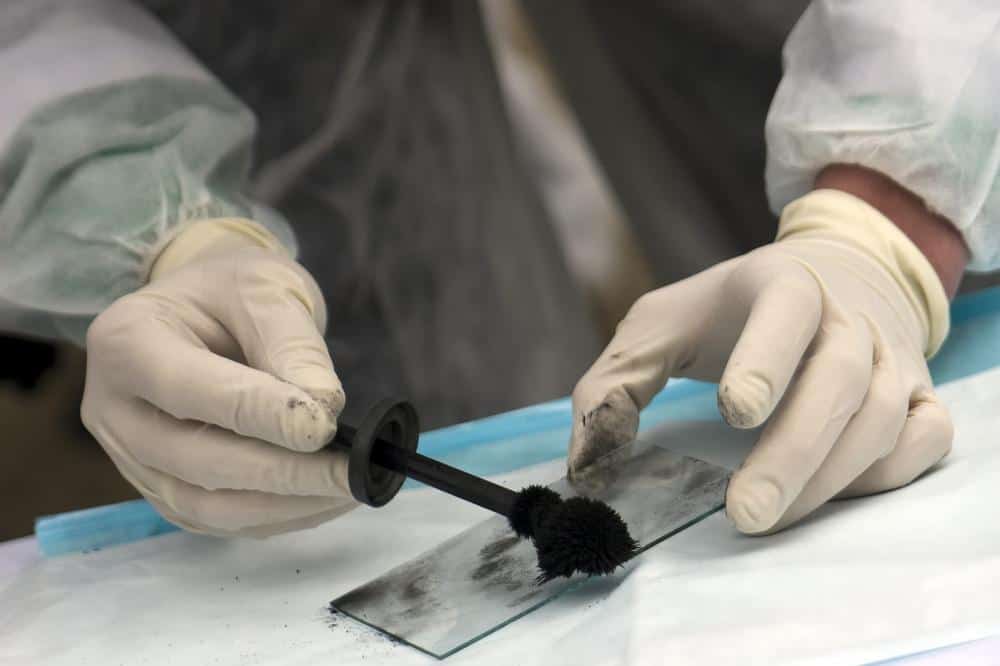 While I doubt there are a lot of cases like this out there, I did find this one really interesting. It addresses the following question. What liability exists for police officers and prosecutors when they fabricate evidence against a criminal defendant? I’ve attached a link above to the case that addresses this question if you want to read all 12 pages. The case comes to us out of the Federal Court of Appeals for the Seventh Circuit (for those that care, there are 11 federal circuits, these federal circuit courts are the appellate courts one step below the United States Supreme Court, and our circuit – Kentucky and Ohio – is the Sixth Circuit).

Omar Saunders-El was arrested, released on bond quickly, charged, and subsequently tried for burglary. The Rockford, Illinois police claimed they saw Saunders-El on the roof of a local store after having carved a hole in the store’s roof to gain access. They claimed he cut himself on his way into the store and left his blood at the scene of the crime. Saunders-El, on the other hand, claimed he was simply walking down the street when he was questioned by two officers and ultimately “bludgeoned” over the head, and knocked unconscious. He further claimed the officers acquired his blood and smeared it at the scene of the crime to implicate him.

He was ultimately acquitted at trial (though the Court of Appeals did not seem too pleased with the jury’s verdict, indicating the acquittal occurred “despite the ostensible strength of the evidence.”) He sued the police officers for violations of his constitutional right to due process under 42 U.S.C. §1983 and state law claims for malicious prosecution and intentional infliction of emotional distress.

The Seventh Circuit indicated clearly an individual can sue a police officer for a due process constitutional violation when the officer fabricates evidence. This applies to prosecutors as well. The Court was quick to point out, however, that not every instance of evidence fabrication will violate an individual’s due process right. It is only those instances where a criminal defendant suffers a “deprivation of liberty” where liability attaches. For instance, when a criminal defendant is arrested and then released on bond quickly, there has been no deprivation of liberty. However, when the criminal defendant cannot make bond and sits in jail awaiting trial, he has been deprived of a liberty interest. Likewise, a conviction based on fabricated evidence constitutes a deprivation of liberty. On the other hand, when a criminal defendant is acquitted at trial, despite the fabrication, there is no constitutional violation (this was the case for Mr. Saunders-El).

Additionally, even if a government official is not subject to civil liability for constitutional violations, they are still not out of the woods thanks to state laws establishing liability for malicious prosecution. Both Kentucky and Ohio recognize this harm. The elements of the harm in Kentucky are: (1) the institution or continuation of original judicial proceedings, either civil or criminal, or of administrative or disciplinary proceedings, (2) by, or at the instance, of the plaintiff, (3) the termination of such proceedings in defendant’s favor, (4) malice in the institution of such proceeding, (5) want or lack of probable cause for the proceeding, and (6) the suffering of damage as a result of the proceeding. Ohio’s law is a little more succinct: (1) malice in instituting or continuing the prosecution, (2) lack of probable cause, and (3) termination of the prosecution in favor of the accused.

Immunity afforded to government officials typically will not apply in the instance of either a constitutional violation or engaging in malicious prosecution because of the presence of “malice” in the conduct of the government official.

One final lesson from this case concerns a Brady violation. The United States Supreme Court in Brady v. Maryland, 373 U.S. 83 (1963) declared that the government must disclose evidence to the defendant that is “materially favorable” to the defendant. It is, generally, evidence that tends to demonstrate the defendant is not guilty of the charged crime. To bring a “Brady claim” a criminal defendant has to show that the “favorable evidence could reasonably be taken to put the whole case in such a different light as to undermine confidence in the verdict.” In Mr. Saunders-El’s case, he claimed the officers’ failure to disclose their misdeeds to the prosecutor amounted to a withholding of favorable evidence. The court rejected this argument concerning alleged police dishonesty. The court characterized the failure to disclose (or “police silence”) as creating exculpatory evidence as opposed to disclosing an existing piece of evidence. In the Seventh Circuit, Brady does not require the government to create exculpatory evidence “nor does it compel police officers to accurately disclose the circumstances of their investigations to the prosecution.” Moreover, if the defendant is acquitted at trial, there is no Brady violation.